It’s a sad fact, but true, that people would equate intelligence with skin color. Outside of the TRUE Body of Christ, there is a persistent malevolent force that still seeks to drive a wedge between races. I think that maybe this is what was foretold in Matthew 24:7 when Jesus prophesied that “nation will rise against nation, and kingdom against kingdom…” translated “ethnos against ethnos”.

While the attitude of this individual is somewhat skewed with anger – possibly even insecurity – he makes a valid point. It is not wisdom to group an entire race as being the same based on just a few of their ignorant or lazy. God knows that I have relatives that most might call white trash or hill billies just by the way they talk. But looks can be very deceiving. Take one of my nieces for instance. She is a ‘white girl’… I’ll call her Amanda for the sake of this story. 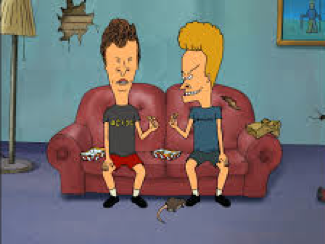 Amanda has an IQ that is well above 160 – one that is considered genius by many tests. All three of my nieces are genius for that matter. She is an accomplished musician – a concert pianist who has won state competitions – who is most at home playing a base guitar in a punk rock band. By education, she is a geneticist who works as an environmental scientist doing amazing things around that world to help improve our planets chances of survival. With her advanced scientific degrees, speaking three or four languages fluently, her accomplishments now at barely 30 years old, are more than most people will accomplish in two lifetimes.

Stay with me here. Her favorite cartoons in school were (and probably still are) Beavis and Butthead, and Sponge Bob. To see and listen to her carry on like Beavis and Butthead, most onlookers that did not know her would think she is a complete stoner wash out for human potential. While as intelligent as she is, she chooses to come across like an idiot sometimes. Why? I do not know. But, a few things she is not is white trash, a hill billy, or stupid. She burps up more brain cells eating pretzels and drinking imported beer than I will ever have.

My point is this. From a Christian world view, race, the color of our skin, or how we speak or act in public should not determine our value in life or be the reflection of what our race it like. Every race has its idiots, stupid sounding, stupid living members who just make the rest of us look bad. But the truth is that while speaking intelligently most always opens more doors than speaking unintelligently, this should not dictate a foregone conclusion that just because we sound unintelligent does not mean that we are. And, it should definitely not determine anything related to our race in general.

Concerning the complaint of a perceived racial inequality that was the point of this video, as it concerns race being a dividing line for contention between groups of people, surely when Jesus spoke of race rising up against race, He was speaking of a spiritually unregenerate people who do not know God. I can say this confidently because the absence of love (agape or phileo) is the root of racism. When Jesus was addressing ethnos rising up against ethnos, He was NOT speaking about the true Body of Christ. Those who are in the Body of Christ who are legitimate sons and daughters of God, do not see the color of one’s skin as a detractor or an attractor for having deep, committed, loving relationships with people in their lives – whether they are saved or not.

Glory to God that we who are in the Body of Christ have been given new eyes to see new life and live with an uncommon love for one another regardless of what we look like or sound like. “By this everyone will know that you are my disciples, if you love one another.”