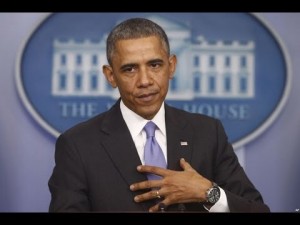 American  Imperialism. America is a nation of war mongers. I have heard these kinds of statements lot recently. There has been a lot of very hateful words said about America over the last six years, sarcasm that has belittled America, and formal apologies to the world – and all none other than the President of the United States, Barak Hussein Obama. The nature of this criticism, and the source of it is rooted in a great and growing discontentment with the way things are going in the United States; and it has been brought on by who else but none other than influential college professors who have taught it to their students now for over 20 years.

There are demonstrations in the streets. People are speaking out against the policies of American democracy. They are speaking out against the large corporations and businesses of America. There is a growing outrage that there are not more entitlements for the masses. It appears that there are even ‘class wars’ within the American society starting up.

The American armed forces receive the same sort of public ridicule. There is a rising discontent with the military that they are unnecessarily imposing the wishes of an ‘ever-growing evil empire’ set on total world dominance. A revolution seems very likely that could topple the American republic. There is a lot of anxiety, anger, and animosity – especially in the youth of America who have been taught about the tyranny within our democracy to a place that they have begun to believe another form of government is in order. The poor who depend upon government entitlements as a part of their lifestyle want the money spent on the ‘American War Machine’ to be spent on more entitlements. Things just continue to get worse in the minds of a growing number of discontent Americans. 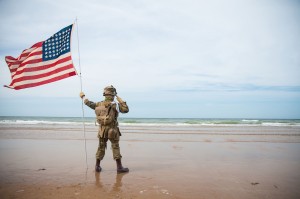 American soldiers died in mass on D-Day
to free France from Hitler’s grasp.

Yes, a lot can be said about America that is not right, but seldom do the accusers of America consider the great cost that has been paid by fellow American so that they can freely voice their opinion and have open protests about what they do not like with America. This criticism does not stop at just American’s who have the liberty to speak out against what they think or perceive as injustice. It extends even to heads of state of other countries. Here are some interactions with some of those who have spoken out against America from other countries.

John F. Kennedy’s Secretary of State Dean Rusk, was in France in the early 60’s when DeGaulle decided to pull out of NATO. DeGaulle said he wanted all US military out of France as soon as possible. Rusk responded,”Does that include those who are buried here [that died liberating your country from Adolf Hitler’s dictatorship]?”

DeGaulle did not respond. You could have heard a pin drop in that room.

When in England at a fairly large conference, Colin Powell was asked by the Archbishop of Canterbury if our plans for Iraq were just an example of ’empire building’ by George Bush. Colin Powell answered by saying, “Over the years, the United States has sent many of its fine young men and women into great peril to fight for freedom beyond our borders. The only amount of land we have ever asked for in return is enough to bury those that did not return.”

The Archbishop of Canterbury did not respond. You could have heard a pin drop.

There was a conference in France where a number of international engineers were taking part, including French and American. During a break, one of the French engineers came back into the room saying, “Have you heard the latest dumb stunt Bush has done? He has sent an aircraft carrier to Indonesia to help the tsunami victims. What does he intend to do, bomb them?”

A Boeing engineer stood up and replied quietly: “Our carriers have three hospitals on board that can treat several hundred people; they are nuclear powered and can supply emergency electrical power to shore facilities; they have three cafeterias with the capacity to feed 3,000 people three meals a day, they can produce several thousand gallons of fresh water from sea water each day, and they carry half a dozen helicopters for use in transporting victims and injured to and from their flight deck. We have eleven such ships;how many does France have?”

The French engineer did not respond. You could have heard a pin drop.

A U.S. Navy Admiral was attending a naval conference that included Admirals from the U.S., English, Canadian, Australian and French Navies At a cocktail reception, he found himself standing with a large group of officers that included personnel from most of those countries. Everyone was chatting away in English as they sipped their drinks but a French admiral suddenly complained that, whereas Europeans learn many languages, Americans learn only English. He then asked, “Why is it that we always have to speak English in these conferences rather than speaking French?”

Without hesitating, the American Admiral replied, “Maybe it’s because the Brit’s, Canadians, Aussie’s and Americans arranged it so you wouldn’t have to speak German.”

The French Admiral did not respond. You could have heard a pin drop.

There is a lot of criticism of America. No doubt about it. There are a lot of people bent on seeing the very fabric of our Constitution and Bill of Rights completely changed. There are those who feel that anyone that has been able to prosper in America should share their wealth with those who have not. And there are those of an even larger number who do not understand the cost of freedom and the nature of what the United States Constitution and the Bill of Rights represents. 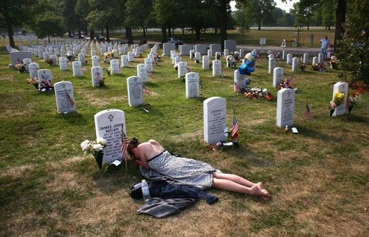 Hundreds of thousands of Americans have given their lives for the sake of  the freedom of other people in other countries worldwide.

These same people who say they are American do not know of or nor can they begin to understand the cost that has been paid by American citizens who have put their lives on the line, shed their blood, and even offered up their very lives for the sake of those Americans that choose not to. They do not know the cost that has been paid for them to help insure that all those who call themselves American can enjoy the very freedom they have to protest against Americans who they do not agree with.

Let me end with this.

Robert Whiting, an elderly gentleman of 83, arrived in Paris by plane. At French Customs, he took a few minutes to locate his passport in his carry on.

A sarcastic customs officer asked abruptly of the gentleman, “You have been to France before, monsieur?”

Mr. Whiting admitted that he had been to France previously.

“Then you should know enough to have your passport ready.”

The American said, “The last time I was here, I didn’t have to show it.”

“Impossible! Americans always have to show their passports on arrival in France!”

The American senior gave the Frenchman a long hard look. Then he quietly explained, ”Well, when I came ashore at Omaha Beach on D-Day in 1944 to help liberate this country from Adolf Hitler’s occupation, I couldn’t find a single Frenchman to show a passport to.”

The customs officer did not utter another word. And, you guessed it. You could have heard a pin drop.

Be critical of what you will about America if you are an American citizen. Be angry at greed, at the loss of life because of war, and at the flawed nature of our political system at times. BUT KNOW THIS. IF you think for a moment that doing anything to undermine our Constitution or the Bill of Rights that has protected every man, woman, and child in America for almost 350 years is good for America, consider those countries who have lived under regimes that would simply execute you if you spoke out against them. Is that what we really want? Consider carefully how you will bring change to America. Socialism or Communism is not the solution.

One thought on “American Imperialism?”